Cantors Mission to Spain Days 4 and 5

Our morning began with a grand tour of Madrid, highlighted by three main stops: the Royal Palace, Plaza Mayor and the Centre de Arte Reina Sophia. Our bus split in half with each group going with one of our fantastic Madrid guides, Marta and Susannah.

Taking in the city, we noticed signs from the recent LGBT Pride parade, as well as banners for the support of taking in refugees. We learned that this is the 400th anniversary of Cervantes’ death (wrote Don Quijote).

While visiting the Royal Palace, we learned the history of the Spanish monarchy, with a special emphasis on Charle III and the current Spanish King and his family. It was here we learned that President Obama would be visiting the palace towards the end of this weekend, so each room became much more than a history lesson. The dining room (converted from 3 of of the former queen’s changing rooms) adapts to whomever and how many are eating at a given time, with place-settings for at least 140. As a side note, there were five glasses set out at each place setting for the gala event this weekend! As an even greater side note, we did have more silverware at our Friday night dinner than the President will have at his seat! The President and First Lady will sit towards the center of the table alongside the King and Queen.

It was fascinating to hear our guide use the word “expulsion” on numerous occasions describing the second expulsion of the Royal family in 1931.

We traveled to the Reina Sophia, a modern art museum with some powerful imagery and multimedia. Our introduction to the museum was a short documentary in black and white film showing those suffering in poverty a generation ago. This is still something quite palpable as you walk the streets of Madrid (and Barcelona). The art works do not shy away from political or social matters. I’m not used to having guided tours in art museums, but our guides’ attention to detail added extra layers to the pieces we looked at. Most importantly, we delved into the stories behind Picasso’s Guernica. As an art history student, I remember seeing many pieces of art for the first time via slides projected on a wall. The major disadvantage was not being able to realize the scale of a piece. I thought pieces like Jackson Pollack’s Autumn Rhythm or Picasso’s Guernica would be a decent size in real life, but I never imagined them taking up an entire wall of a museum. In contrast, a painting of Henry VIII in the Thyssen was TINY. In reading my favorite Top 10 book, I found out that the best sculpture in the museum was Julio Gonzalez’s Daphne (pronounced Dafna as in Pasta or Kafka) . I felt it was beshert to have the work sound just like my youngest daughter’s name (often mispronounced), but alas it was on loan!!!

Friday night was a true delight. A number of cantors co-led our service entitled “A World of Jewish Music for Erev Shabbat.” I was able to introduce a Latin-inspired Mizmor L’david that I had written for our Shabbat in the Round service a few years ago. You can listen to a less-Latiny version here.
It is a great feeling to hear 300+ people learning and singing a melody that they are all hearing for the first time. The energy continued throughout the whole service.

Our Shabbat morning service started with Shaharit at 9:30 and ended at 12:20, unable to touch the 4 hour gem from Germany. However, there was a wonderful flow to the service, with a few particular highlights for me. Our Rabbi in Residence of the trip, Yoshi Zweibeck (works with our mission co-chair Cantor Nate Lam) taught us (succinctly I might add) about the proper to argue with another- to find a balance of tolerance and pluralism. He also wrote a fantastic rhyme for our Torah introduction that rivaled Kendrick Lamar. A second highlight was hearing this guy Henry Rosenblum incorporate wedding melodies into the Musaf Kedusha (autocorrects to Medusa). I think he is celebrating his 40th wedding anniversary this Monday, but it’s not like I know him at all. I could ask my wife (his eldest daughter).

A final highlight was hearing the melodies used by Hazzan Annelise Ocanto-Romo, currently at Ohev Shalom of Bucks County, PA, but previously serving at Beth Israel in Worcester, MA. Having grown up in Worcester, I was familiar with some of the “Worcester standards” introduced by our longtime Cantor, Stephen Freedman. Stephen had introduced a great Ashrei melody a number of years ago that obviously continued to stick with the congregation through multiple cantors that followed. The melody caught on with the congregation this morning, as most were hearing it for the first time. If you were to poll the congregation, they may have thought that it was hot off the press. Quite the contrary- the melody was written a number of years ago by Cantor David Brandhandler z’l, who passed away recently at the age of 104. I was lucky to meet Cantor Brandhandler at last year’s Chicago convention and thanked him then for the melody. It just goes to show the power of song to bring joy and excitement to a community even after the composer has left us in body.

After a brief Kiddush many of us made the long walk (and well worth it) to the Prado museum, where we spent a few hours going through the museum filled with Carravagio, Durer, Diego Velazquez, Titian, Rubens, Rembrandt, El Greco and even Raphael (his “Portrait of a Cardinal” mimicked the Mona Lisa in many ways). I was able to get a greater appreciation for the Spanish great Goya (his famous work in the museum is quite dark, but the top floor contained a number of rooms devoted to colorful and bright paintings by Goya. I was also able to learn about and become a fan of new painters like Beruete y Moret as well as Rico y Ortega.

After minha, we heard from the Rabbi of the local Masorti (Conservative) congregation. He gave us a mixed bag of information about the Jewish community today- it’s trials and the potential good heading its way. They have a Sunday school with 36 students (from a pool of 3000 Jews in Madrid- for context, Jacksonville has 4-5 times that population). The Rabbi’s own sons attend Chicagoland Day School in, you guessed it, Chicago!

Here’s some good news: people are discovering their Jewish heritage and since the end of Franco’s and Catholicism’s reign (it’s amazing how many people talk openly about despising him), people are soul searching, and even finding out that they have Converso roots. A common story is having a family tradition of having a ham leg in the house, for at one time, the family wanted the outside community to think that they had fully converted. When people are ready for conversion, the rabbi takes them to a lake (only warm enough in June andJuly) rather than the local mikveh, which is closed to them!

That’s the bad news- we learned that Casa Sefarad, where we visited and were welcomed on Thursday night, has little to do with the local Masorti community and is there for more political reasons than anything else.

Some great news. Having acquired two torahs (first a non-kosher one and finally a kosher one), the community has begun the process of writing its own Torah, the first Torah to be written in Spain in 500 years! B’sha’a Tova!

After a great Havdala led by Tahl Ben Yehuda (another shout out to Jacksonville), we are off to Toledo tomorrow! Hasta Manana! 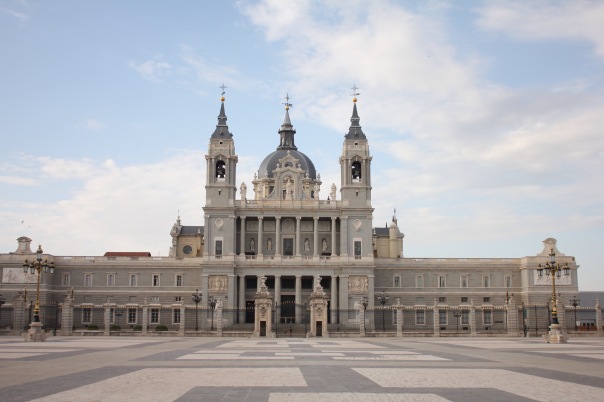 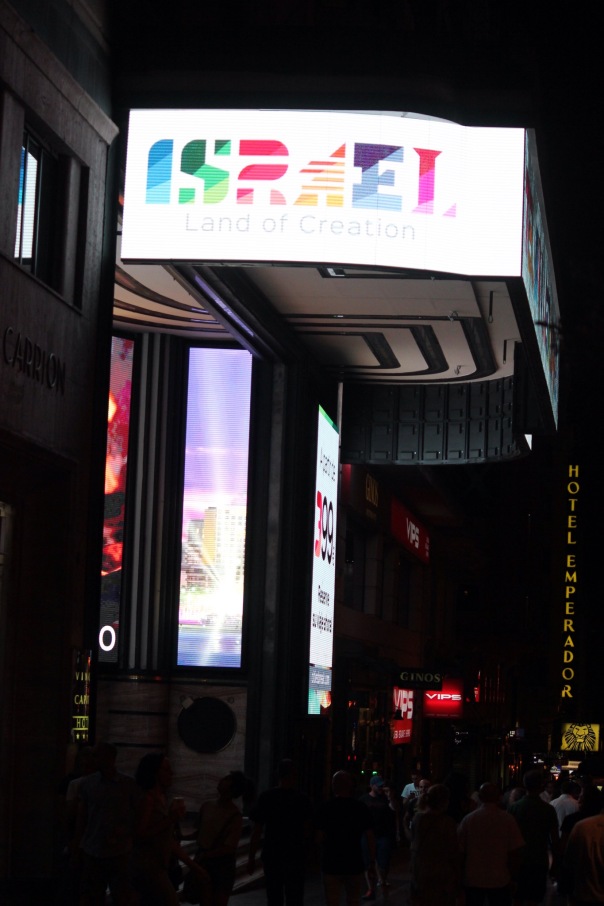 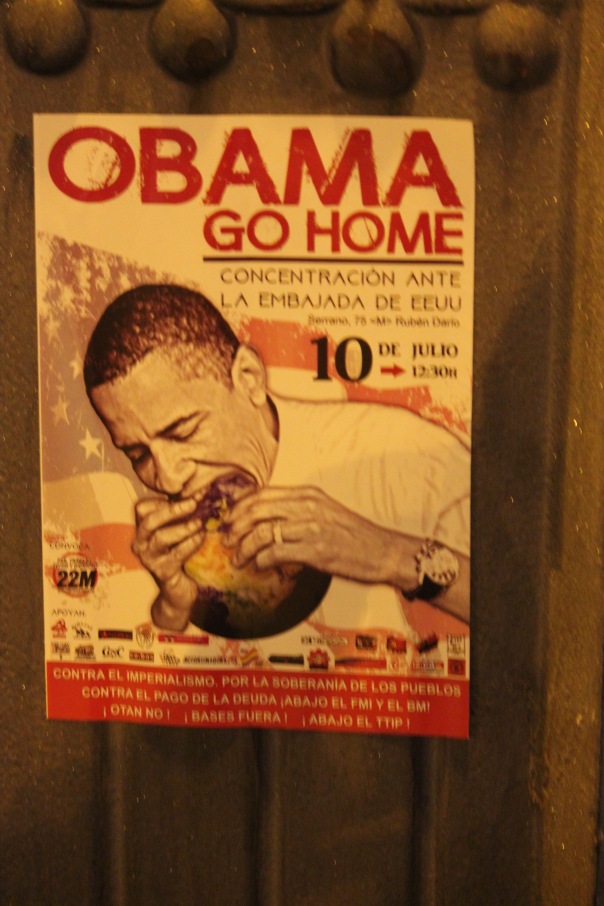 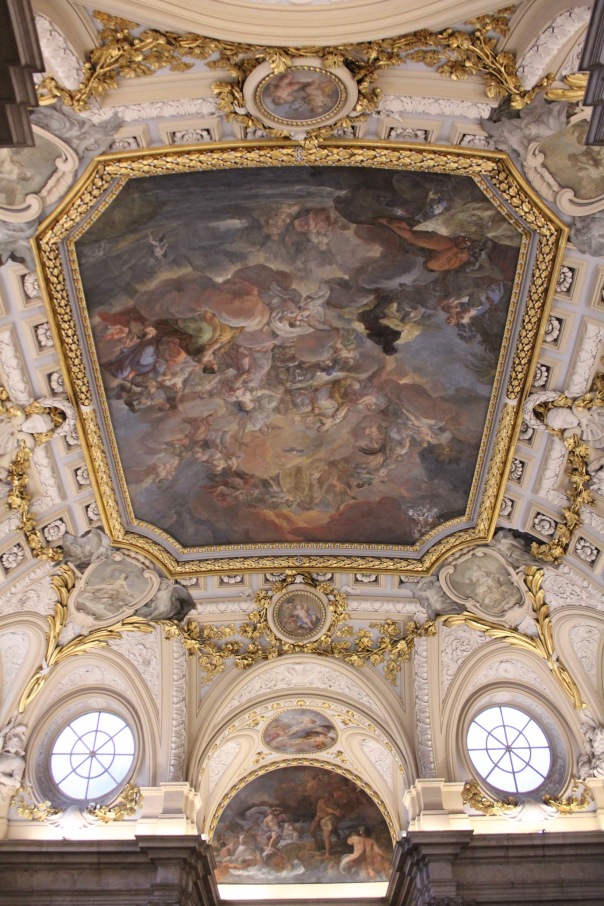